For a month now, I have been hardcore focused on my physical healing. A brief summary is what I can give now, it is too long of a story. I have/had various health problems that have crippled my life. Some are what people would refer to as “normal” but it has took me a few months to understand that contrary to popular belief, it is NOT God’s will for us to to be plagued by health problems. The mistaken belief that God uses illness to teach us a lesson is OT thinking. I have had it drilled into my head none other than God himself directly showing me on repeat that he wants me well. Not because I am doing all the right things, or he has graded me and found me to be an excellent believer, no.

One thing they believe adamantly is that healing does not exist. Never mind the Gospels are full of stories nonstop, but we have been told that healing is gone and we are to partake of it. God has shown me we are royalty, and has shown this to me time and again.

He had to build up my faith by reading constantly the healing verses in the Gospels. Then I heard story after story of healings in real life. I wanted the Baptism by Fire so badly thinking my problems would be healed on the spot. Sadly, that did not take place, but what did happen was a massive power current was deposited in me that day, great strength to have even more faith, and to fight back with it.

What I have been shown is to reject illness, disease, long term conditions by not speaking them, not complaining about them, because if you do that, evil gets a place then and can just take over. People look at me flatly when I say all health problems are from Satan and the demons, but its true. If you sick and messed up, you can’t enjoy anything in the life you are supposed to live as a child of God.

But okay getting back here to my story-today I read a devotional by going to Mark 8:22-25. It is where a blind man was healed and Christ had to spit on his eyes twice, and the second time, he made him look up, and he was restored. As I was reading this, I got teared up and it wasn’t coming from me. It was as if the spirit was telling me this was meant for me. The word “restored” stood out. I realized as I read it, the spirit put me there and I saw myself looking up like the man did when he could see clearly.

Every day for a month, I have done communion and it did not seem to work. I also said out loud “be burned up by the root”” on every condition in my body. I can’t see what is going on in there so it’s hard. I can attest that I was having migraines nonstop for days, and this past week I made a breakthrough finally. It came when I started praying and saying fervently that I believed and received his healing now in every fiber of my being, every cell”.

I was at church this past Wednesday, and my friend Cherie put her hand on me during this song about miracles and healing. She left her hand on my shoulder and prayed for me quietly. I had to just go with it. The song really spoke to me. It is called: “This is a move”.

Joseph Prince said this year is the year of Hazon vision. It is a biblical word in original form. He said you can ask God for visions and He will give them, so I tried it. Immediately I saw a vision of some guy wearing black and white sneakers. It implied the church I was going to would be involved somehow. In the car going over there, it was confirmed by the woman who drove me who told me before I even said anything, that her son, who was seven had asked God for a vision about his summer camp and he gave it to him. I was in such shock to get confirmation that fast I almost could not speak.

During the song I just told you about, I glanced at the end, and the lead guitarist was wearing black and white shoes! It is possible something was done to me during that song! Maybe it will happen more as I go. God’s presence is felt very strongly there because it is a room full of people who actually believe in the spirit leading things.

To sum up everything in posts just is not good enough, I am and will be working on a book with all this information.

All I can tell you is healing is not God’s will for any of his believers and he doesn’t want it for unbelievers either. No matter what, sickness does not come from him. We need to be shown this by God himself since we want to be so stubborn about it. The world is a soul sucking place that wants you to fight everything in the flesh. It wants you to everything by world standards or else, don’t believe the lie! I had to be shown the verse:

For the weapons of warfare are not carnal, but mighty in God for pulling down strongholds

Carnal is of the world. We can’t fight the world by giving into their science and medicine and their methods. We have to trust in God only, and yes I have tried this the past month a million times. I realize some might freak out and say that is dangerous, you can take medication sure, but it all has the same effect, you are still trying to heal something and accepting that you can be healed, but you are choosing a worldly method. Yes, It is hard, very hard to do otherwise. it is said that when we work, God rests. When we rest, God works. I have had years of living a certain way, dependent on medicine and things and I tried it God’s way. And like I said have not had a migraine in a week. I am also fighting insulin resistance for years and and have been less hungry than what I was. I have had food allergies for four years now, and could not touch foods made in the same factory as wheat, but that is a world thing. So I could not eat oats because of cross contamination. The past few days I have prayed over it, and cancelled out that and for two days it has worked! Baby steps. I have not eaten wheat yet, it will take massive courage. Same with eggs which I have been unable to eat for two years. So fo me, It is not that I won’t take medication, I still take Excedrin for basic headaches and even Advil but I have a whole container full of supplements and things and I have halted them to let God work. I take a Multivitamin but I stopped taking extra things so I could try a little bit more each day to yield.

When I accepted even angrily that this is not God’s will it put a fire in me. I have lost years of my life to my health. Things could have been different for me, but because of evil, my life was ruined. You get to a point where you have to hit a wall, and fight back.

We have to stop giving Satan the upper hand. He has won many things because we have let the world ruin us. The scripture that says: ‘Be not of the world” is extremely deep and it means in your thoughts and actions, keep your eyes on God. That is what its meant by it saying to keep your mind on heavenly things, it means all things of God. We only think of that in terms of sinning, which is absurd, it means healing, health, well being, wholeness, abundance life, just like I titled this blog: God Breathes Life. I call it that because that is what he does! He does not take, He gives.

You will probably be like me and need it drilled into your head and you will need to be shown that you can be healed, emotionally and physically and only God can do it! Not talking to shrinks for years or taking medicine nonstop, I have heard stories of people being delivered from addictions in seconds, and mental disorders. The world wants to keep us down and dependent on it. We are not of the world, we are aliens.

I like to think of that tv show: 3rd Rock From the Sun. I used to love that show! They were aliens making it in on earth, and was taking notes to report back one day. To me now, the worlds ways are garbage. I only want what God can give because is massively powerful and can barely touch something and fix it. Why wouldn’t we want this? Believe you can have it.

After all, He did ask a few times in the Gospels: “Do you believe I am able to do this?”. It takes us first to believe Him, take him at His word, and dare to try. 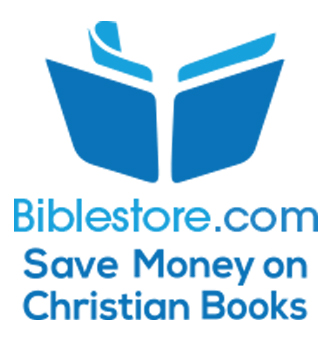 My Art and Photography print shop on Redbubble: